I can’t even think where to begin, but writing it therapy for me and there are some things I want to remember of these couple of days.  I grew up with dogs, and I know getting a dog is pretty much signing up for a broken heart. But, I just didn’t think it was his time. Barney was my faithful sidekick for almost 10 years.  I got him in April 2006, and he would have been 10 on the 18th of February, (all about him on his last birthday – click here).

His infectious and happy personality never met a stranger, he left an imprint on anyone he knew. Thank you for all of the sweet comments, prayers and calls/texts since yesterday.  I just never thought this day was so close, and feel like his life was ripped out from under me.  He was my family and though I have been with my parents and received countless comments, calls and texts I just feel so alone. That my little family is forever changed.  Me and B. B and me. We were a team. 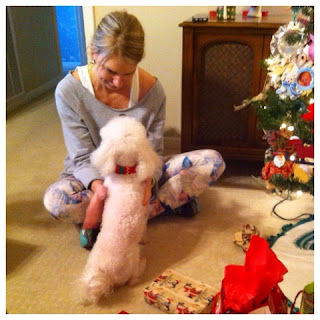 He rode so many miles beside me and this morning as I pulled away from the 4G without him in his seat or looking out the window at me I was just crushed. 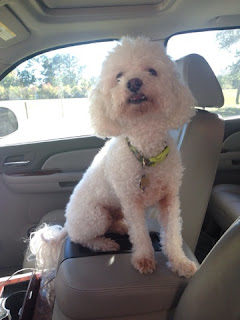 For those who have asked “what happened?”, I’m not exactly sure.  He’s been at the 4G while I moved and Monday morning he finished up the last little tablespoon of food he sometimes leaves and hopes someone will forget to pick up, he went outside several times and earned his treats, then went out around 1:45 and was streaking and running in the yard with my parents dog. My Mom texted me he had been streaking in the sunshine and she was so happy to see him running and feeling good after his teeth surgery in December. While he was out there he picked up a bite of horse manure, not uncharacteristic, then came in and threw it up, also not out of character because he’s always had a sensitive stomach and any grass or anything else, he would yak and be on his way.

But, this time he didn’t stop throwing up for several hours. Mom took him to the vet about 5:30 for fear of dehydration and wanting to make sure he had care through the night.  They started him on IVs and giving him medicine to stop the throwing up which he did around 11pm.  By morning he was not doing better and blood work levels were all going up/multiplying in the wrong direction.  I left work to head to Huntsville, I picked him up and met my Mom and she drove us to A&M Small Animal Hospital. This was on our ride home when I picked him up about 10:30, despite them telling me they didn’t know if he would make it to A&M, he smiled, but his eyes told a different story. 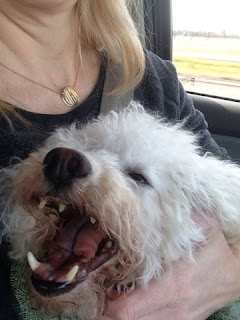 When we got to A&M they took him immediately back, we met with the Dr., talked about his case and they we going to do more blood work and an ultrasound. Mom and I left to get some lunch, it was going to be a couple of hours.  My heart was so sad, I just knew something was major wrong. When we got back about 4:00, and talked to the Dr again around 5:00, the list was long…blood results all still going in the wrong direction, platelet count dropping rapidly, no ability to clot blood, bleeding behind his eye, he couldn’t stand up, something wrong with spleen and kidneys and fluid in his abdomen….

Any one of those things and they probably could have treated him, but they couldn’t even do a needle to biopsy because of the platelets and the Dr. was so very kind telling me all of the things they could try with Internal Medicine but he had a very poor prognosis.  I just crumbled and asked them to bring him to me and I knew, that was about 5:30. The Dr.came back in and I told them I just thought he was done and couldn’t fight. His eyes had no sparkle and he was so sickly. The Dr. agreed with me that he really didn’t think he had a chance, but of course they let you make your own decision and don’t want to influence you. He told me he thought it was right, it was likely he has cancer or something that was attacking his whole body, even though everything within me said it was the worst decision. They left us with him for a bit.

But, I had made a promise to myself when I got my own dog, I would never let him suffer for the sake of my benefit to have him a little longer.  He tried to get up and I thought if he can stand, I will just take him home and let him live out his days, but he couldn’t. My Dad has taken lots of animals to A&M and they are the kindest to care for emergent animals all day long and give you all the time you need. Even though I was a wreck, I knew he wouldn’t be ok and it was time.  My Mom went to searched for the Dr. and he came back shortly with his assistant…we all cried as he went, so calmly, not even the slightest reaction that they had given me precaution to, his body was so sick. 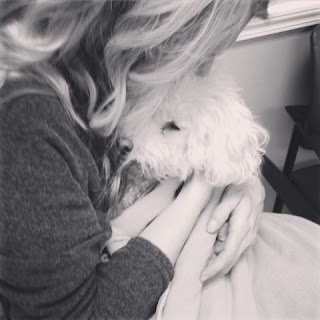 So, what could have happened? Looking back there were a couple of things he did over the last few days that were out of character, maybe early signs. Maybe the throwing up just set it all off. Whatever it was, there are so many things I am grateful for….
almost 10 years of the best companion I could  have asked for
that he was at my Mom’s and she could take him in, that I didn’t find him at home after work
he’s never been at my new house, his crate and things were at the 4G, I don’t have memories of him in that space
that he was never sickly, he didn’t suffer long and I knew the answers I needed
for my Mom driving us, wiping my tears and taking care of me when her heart was equally broken
the last good thing he did was streak around the pasture, one of his favorite things
for friends who were praying the entire day and night and now I know through the night too
for text messages that came just when I needed them…
This morning the dark finally gave way to light (I have been up since 4:10) and we went outside to bury him, under the tree he loved to run out to in the afternoon, poop and streak back in for a treat.
We gathered shovels and right about the first mark we made in the ground my phone buzzed “Thinking of you!”
Only God could give such timing to know someone was praying right then. 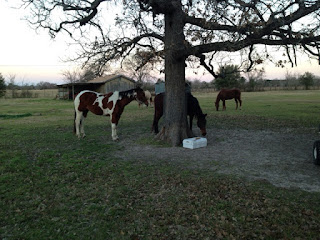 The horses gathered around, Mom, Dad and I dug his grave and we put his little body and a giant piece of my heart to rest with his favorite toy about 7:45am, just as the sun was coming up. 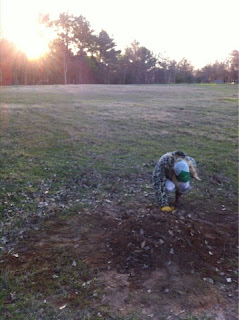 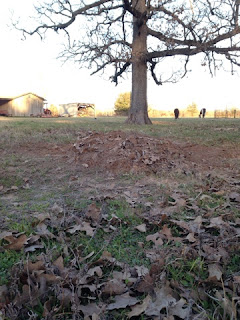 It has been the longest 1.5 days, sitting, waiting, driving, weeping and heart broken. I stayed a little bit, then left to get a couple of things at work and pack to head out of town for a Conference.  I am giving a presentation Thursday morning at 10:30 am, if you think to pray for me then, I would be so grateful. For one hour of clear mind and heart to give my presentation well. This trip/conference is a good distraction for a couple of days, but my 4 walls at my house were so silent today when I was there and I was so looking forward to Saturday when Barney would be there. I don’t know how, but I will have to find a new normal.

As I was driving tonight I caught the clock at 6:07pm and my heart sank deeper still, but again my phone buzzed “Just wanted to let you know I have been thinking about you!”. Only God’s perfect provision and timing that someone was thinking of me right then.  I’m a big believer in someone being on my mind and heart and acting on that instinct because you just never know what they might need. I am thankful to be the recipient of those words all night last night and all day today.

I just can’t imagine life without my little Barney, but I know time will heal this ache and I have countless memories and pictures of him. I will choose to remember him like this, smiling, happy, eyes on his Mama, loving the camera, waiting for a treat, and always ready for the next adventure. His every-days looked like this (click here to read from the summer) and that is what I will hold dear for all of my life. 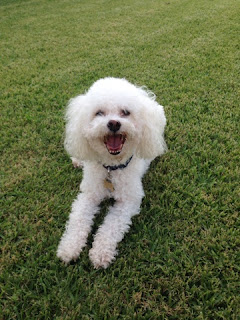 Thank you all for loving me well and thank you Barney for 9 years, 11 months and 2 days that were the best of my life with you in it.

S’get em on the streets of gold, Mama loves you.

Posted in Uncategorized
← Compliments: Freely give them away!10 Years…and a lifetime of memories →